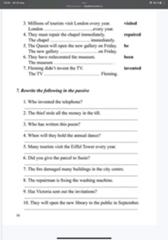 Лучший ответ
Анатолий Зинин Высший разум (239840) 3 месяца назад
1-Who was the telephone invented by?
2-All the money was stolen by the thief.
3-Who was this poem be written by?
4-When will the annual dance be held?
5-The Eiffel Tour is visited by many tourists.
6-Was the parcel be given to Suisie by me?
7-Many buildings were damaged by the fire in the city centre.
8-The washing machine is being fixed by the repairman.
9-The invitations have been sent out by Victoria.
10-The new library will be opened to the public in September.
11-Many of these photographs were taken by us when we were in India.
12-The new university building will be dedicated to Dr. Peters.
13-Will her flat be redecorated by her in May?
14-Three sculptures were sold by Dora at the gallery opening.
15-Who was this delecious chocolate cheese cake made by?
Ruby SunsetГуру (4074) 3 месяца назад
В 6 опечатка. be - лишнее
Остальные ответы
Banana Искусственный Интеллект (623416) 3 месяца назад
Уроки - сюда:
https://otvet.mail.ru/foreign_languages/
Гулида Доминова Оракул (79788) 3 месяца назад
11.Many of these photographs were taken by us when we were in India.12.The new university building would been being dedicated to Dr. Peters by them.13 .Would her flat been redecorated by her in May? 14.Three sculptures at the gallery opening were sold by the Doors.15. Whom was this delecious chocolate cheesecake made by?
Алексей КиселёвИскусственный Интеллект (116772) 3 месяца назад
would been being dedicated? Would been redecorated? delecious ?
однако...
doomerklebold Знаток (304) 3 месяца назад 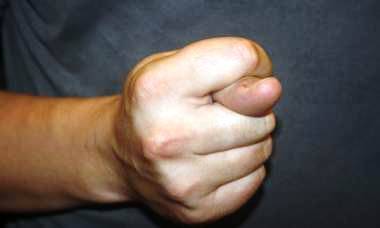 roman Costuhin Мыслитель (8969) 3 месяца назад
They will building the new university, dedicat to Dr.Peters.This delicious chocolate cheesecake.Who made?
She will redecorate her flat in May
Похожие вопросы